Since my mini-reviews have been such a hit (and I have a massive backlog to get through) I thought I’d attempt them twice a month – ooooh! So, welcome to my monthly wrap-up mini-reviews!

Today, I’m focusing on my recent forays into the world of novellas and short essays – tiny reviews for tiny manuscripts!

We Should All Be Feminists by Chimanmanda Ngozi Adichie

I LOVED everything about this essay/novella that was adapted from Chimamanda’s Tedx talk of the same name. Considering how short it is (60 pages) she does an absolutely brilliant job of defining modern feminism in an eloquent and engaging way. I completely agreed with all of her points about why a patriarchal society is bad for everyone (not just women) and the ways that we can all work together to combat systematic inequalities that hold everyone back.

Many books about feminism are written by white, middle class women with a limited experience of the world outside of Europe/the US/Australia so it was interesting to read about the viewpoint of someone with a completely different background. I thought that all of the author’s points were well reasoned and that her unique perspective brought something genuinely new to the debate.

Overall, I loved the passionate, informative way that the essay was written and think it should be required reading!

Five “It’s not as boring as it sounds!” out of five.

WHY have I never read Octavia E Butler before? Bloodchild is a tiny little novella that took me about half an hour to read but it was A-MA-ZING. The basic premise (from what I could tell – the writing is s p a r s e) is that there’s a planet occupied by both space aliens and people. The space aliens need human hosts to incubate their eggs which the humans submit to sort-of willingly (presumably for peace? I’m sure this is explained better in subsequent books).

I loved everything about the story – how old school sci-fi it felt, how exacting the prose was, how original the idea was…also, it was free download from the Kindle store (yay!) It really reminded me of something written by Philip K Dick (a personal favourite of mine) but with more – I don’t know – emotion? Humanity? (Tries desperately to avoid gender stereotypes when thinking about how this might relate to the author).

In short (literally) Bloodchild was a fabulous taster of the world that Octavia E Butler has built. I’ll definitely be checking out the rest of the series.

Four “I’ve been missing out!”s out of five 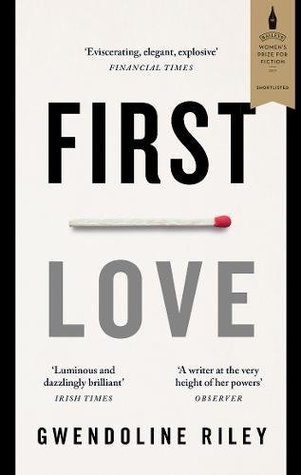 I picked this novella up in a charity shop while waiting for my car to be fixed purely because it had been previously nominated for the Bailey’s Women’s Prize for Fiction. It was a lovely sunny day, I was sitting in a delightful cafe on the high street with a nice big pot of tea and… this was totally the wrong book to be reading. It is dark and depressing and has absolutely no redemptive arc.

The main character is called Neve and the book focuses on her emotionally and physically abusive relationship with her horrible bellend of a husband. It also moves back and forth through key parts of her life, showing the toxic relationships she has had with other people – her grotesque father, her unreliable mother, her unloving ex. I wasn’t exactly sure what the point of the book was – were these depressing little vignettes meant to offer an explanation as to why Neve didn’t just up sticks and leave? Were they to garner sympathy for the character? Was I meant to be apportioning blame for the choices that Neve had made? I didn’t get it.

In saying that, I thought that the writing was very good. It gave a very realistic portrayal of several abusive relationships and all of the characters were complicated individuals, despite the brevity of the prose and the sparseness of their descriptions. Overall though I felt that the book was too unbalanced, too wayward and too bloody depressing to warrant anything more than an average rating.

Two and a half “RED FLAG!”s out of five.

So, have you read any of the above novellas? Do you enjoy shorter books? Am I still allowed to count them towards my Goodreads challenge? Let me know in the comments!