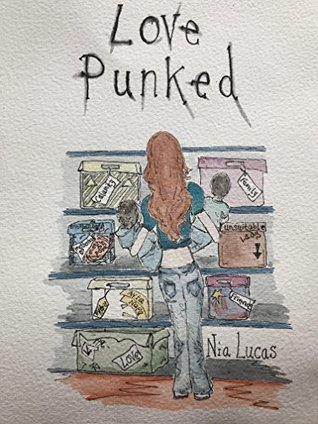 Similar to: Like a mixture of a grittier Ferris Bueller and a tamer Kidulthood

Could be enjoyed by: I think adults aged 35+ would appreciate the nostalgia

Finally – FINALLY – someone has written a realistic portrayal of how teenagers ACTUALLY talk to each other and what they ACTUALLY get up to i.e. drinking, hanging around on street corners, shoplifting and driving too fast in crappy cars. Ahhh, memories.

Lucky Star is the coming-of-age story of Ben, set on the South Coast of England during the 1980’s. Like a lot of teens, Ben has to cope with a number of problems, from raging hormones to peer pressure and an inability to converse with the opposite sex. He also discovers a dark secret from his past regarding the death of his parents that he struggles to come to terms with. Living in Thatcher’s Britain affords Ben and his aunt with few opportunities for money, so he has to make a choice – stand out as a loser or fit in with the cool kids and obtain decent threads by the only method available to him – shoplifting.

I really enjoyed how realistic this novel was. Some of you may remember my previous post called “I Don’t Like YA, Please Don’t Hurt Me” where I bemoaned the fact that all teens in YA books were holier than thou middle class try-hards with money and cars and zero interest in smoking and drinking and sniffing glue. Fortunately,  Lucky Star does not fall into that trap.

I liked the colloquial phrases used throughout the dialogue and I loved the way that Holly Curtis captured the aimlessness of hanging around doing nothing and the weird way that teenage boys interact with each other (basically taking the piss and lightly thumping their friends as a way of expressing emotion). It gave me a real sense of nostalgia for my own teenage years, even though they occurred somewhat later on.

However, I did feel like the plot meandered quite a lot and I thought that there was some surplus fat that could have been trimmed down to make the focus of the novel sharper. For example, I really wanted to know more about the circumstances surrounding the death of Ben’s Mum and Dad and thought that a lot more tension could have been wrung out from those scenes, instead of reading about odd plotline offshoots like Ben going to a club with a random minor character.

Those issues aside, I enjoyed reading Lucky Star for the realistic portrayal of teenage life in the UK pre-2000 (good God – last century – that makes me feel so old!). With a little more revision this could easily go from being a good to a great read.

Three “YOU’RE GONNA GET CA…too late” out of five.

Realistic, good dialogue and characters but the novel’s structure needs some work.

Please note that I was sent a copy of this book for free directly from the author in exchange for an honest review. Thank you to Holly for giving me the opportunity to read her work!