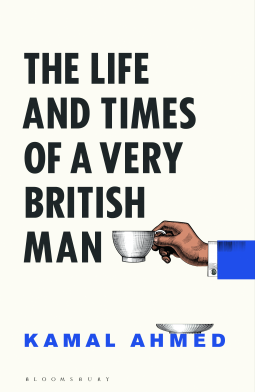 Similar to: Born a Crime by Trevor Noah (minus the humour)

Could be enjoyed by: People interested in a personal experience of immigration, racism and “Britishness”

You might recognise the name of the author – Kamal Ahmed is the BBC’s Chief Economics Editor. From what I’ve seen of him on TV, he appears to be a nice, polite, slightly nerdy guy who talks a lot about facts and figures…and that’s kind of my problem with his book, The Life and Times of a Very British Man. It’s a well researched, coherent discussion of race, culture and immigration in the 20th and 21st Century but it’s all a bit, well, nice. Everything is written about in a very fair and balanced way (even if some of the statements are pie-in-the-sky wishful thinking) and whilst that makes for some interesting soundbites or perhaps a good newspaper article, reading an entire book which seems to be centred around the idea that racism=bad (and here’s some facts to back it up) can be a tiny bit dull. Like, we know that already. Give me more personal interest.

To be fair, Ahmed does interweave his personal experiences of growing up in 1970’s Britain as the mixed race child of a white British mother and a black Sudanese father but I struggled to connect to his annecdotes. I have a real issue with writers who describe their lives in a very matter of fact way because I find it hard to empathise with them and I personally found the slightly detached writing style didn’t engage me. It didn’t help that facts and figures were so freely sprinkled throughout the text, like a final year student trying to shoehorn in a load of references to their dissertation. I found that the overall effect was one of polite discomfort – a dispassionate cry of “something should be done about this!” but what was lacking was any kind of passion. I wanted more anger, more drama, more discussion of real world implications. Not another statistic from an ONS survey.

There were however some parts of the book that were really gripping. There was a dissection of the Enoch Powell “Rivers of Blood” speech that was very well written and super informative. I’d never even considered the content of the speech before (I literally knew those three words) and it was fascinating to look at the wider political climate at the time it was written and the implications on the rhetoric of politicians today surrounding the issue of immigration. I was also fascinated to read about Ahmed’s trip to Sudan and his feelings about the idea of “going home” to a country that was as alien to him as any tourist. Naively, I expected him to feel some kind of connection to the land, then I realised what a ridiculous notion this is -and started wondering what had informed that view…

Overall, The Life and Times of a Very British Man simply wasn’t for me. It’s well written, well researched and forms a cohesive argument but I struggled to engage with the author. Ironically, if he’d been a bit less British-stiff-upper-lip about the whole thing I perhaps would have enjoyed it more.

Rating: Two and a half “is that the bloke off the telly?” out of five.