The clocks have gone back (causing much confusion), the fire is on and the leaves have created a slippery death trap on the steps going up to my front door. It must be October!

I can’t believe that last month I was on a beach in Devon and this month I’m digging out my massive winter coat but I am enjoying the novelty of getting cosy during the dark, cold nights. 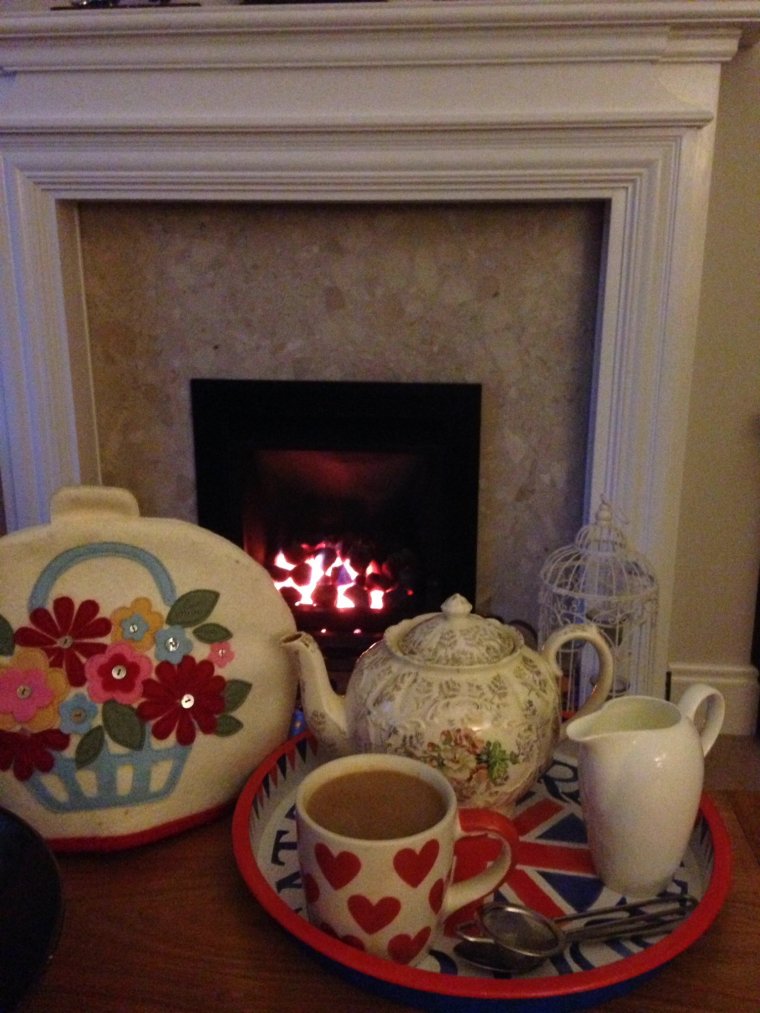 Due to various illnesses and my non-hubs putting his back out lifting a bag of compost – how glamorous – we haven’t done much in the way of leaving the house this month (non-hubs works at a University so we still succumb to freshers flu every year). We have had the damp issue sorted in the other house though and have finished off a few more bits and pieces in the kitchen so a small amount of progress has been made.

Allotment/garden wise everything has been tidied up and stored away in preparation for the forthcoming cold weather. Due to a labelling error, all of my winter veg have got somewhat mixed up so I have lots of massive unidentified plants romping away. I’ve also got carrots, parsnips and kale still growing (plus a freezer full of beans) so we’re nicely stocked up for the months ahead.

I’m ploughing ahead with my reading challenges and I’m nearly there with #Read Harder – I’m having a big push next month to finish off what I can (one of the books is Les Mis which I’m trying to read a chapter a day of, so won’t finish that until the end of December).

Due to my unshakeable belief that since Winter is upon us there’s nothing to do but eat and hibernate, I’ve been quite busy with my blog this month. I wrote a discussion post about whether ARC’s are actually worth it and introduced a new feature called Viewpoint for which I wrote two posts; Top Bookish Podcasts and I’m a Book Blogger, Not A Publicist (which I wrote in response to some nonsense bit of book blogger bashing on Twitter). I also took part in my first blog tour and also the Calendar Girls meme where I chose The Worst Witch as my favourite book with witches.

I had a bit of a meh month in terms of the books that I reviewed this month but I guess my little run of consistently high ratings had to end eventually. There were a couple of great picks but the rest were pretty dull 😑. They were:

Giant Days by John Allison: Squee! I loved this graphic novel as it gave me such nostalgia for my first few terms at uni. Really enjoyable. Four out of five.

No Tomorrow by Luke Jennings: The second in the series of books that Killing Eve is based on, this was far superior to the initial novel. Still not as good as the TV series but an enthralling page turner in it’s own right. Four out of five.

Dear Mr. Pop Star by Derek and Dave Philpott: I loved this book for it’s innovation, humour and sense of nostalgia. Brilliant -and also a nice stocking filler for Christmas. Four out of five.

The Life and Times of a Very British Man by Kamal Ahmed: I really wanted to like this book but despite a few interesting chapters it was all a bit dull. Two and a half out of five.

Codename: Villanelle by Luke Jennings: The first novel in the series that Killing Eve was based on, this book was a mish mash of four novellas that just didn’t work for me. Watch the TV show instead. Two and a half out of five.

Wild by Cheryl Strayed: Could be summed up as “a woman goes for a long walk in incorrect footwear”. I found it all a bit self indulgent. Two and a half out of five.

So that’s October wrapped up! How was it for you? Have you read any of the books I read last month? Are you a Calendar Girl? Follow the links or let me know in the comments!