Long time no see! I’ve been SUPER busy recently so haven’t been blogging much but I’m trying to get back into more of a routine. Anyway, enough of my excuses – let’s crack on.

You know when you find an amazing book and you IMMEDIATELY have to read everything written by them? This happened to me recently when I came across another-book-blogger-whose-name-I-have-completely-forgotten (sorry!) talking about Sweetpea by C. J. Skuse. I thought I’d give it a go and, well, this post is the result. 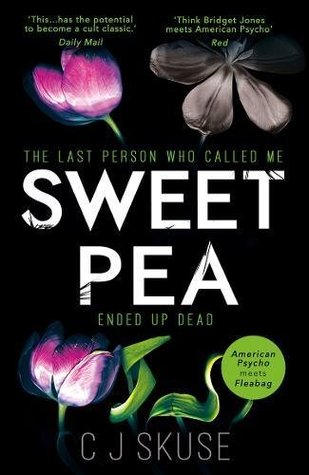 I  guess there really aren’t that many comedic novels about psychopathic murderers. The whole premise of Sweetpea is very dark but also very, very funny – after all, who hasn’t wanted to stab someone for walking slowly in front of them? The difference is, Rhiannon actually goes away and does these things. Admittedly, she usually has a better reason (like the person is a paedophile) but there’s also plenty of examples of people getting maimed/killed because they’re in the wrong place at the wrong time.

Despite this, I really warmed to her. Rhiannon represents all of the thoughts and feelings that we’re not allowed to have and reading about them was deliciously addictive – a real guilty pleasure. I loved the unkind nicknames that she makes up about people and the way that she absolutely speaks her mind, no matter how offensive. Clearly, she’s a monster and has a huge amount of issues but she’s also hilarious, kind to animals and retains a certain degree of control over her murdering-y tendencies, allowing her to have a pretty ordinary life. 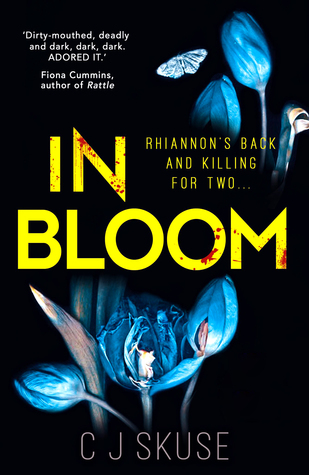 In Bloom continues in the same vein, with Rhiannon pregnant and killing for two. There’s the same high bodycount, murderous urges (made worse by hormones) and inappropriate humour but this time she has more of a moral compass in the form of her very talkative fetus.

I would say that this book would not work as a stand alone – you really need to read Sweetpea first in order to fully understand what’s going on. That’s not exactly a hardship though, as both novels are incredibly fast paced and you can whip through them at a rate of knots.

The conclusion to the book suggests an ambiguous ending and I really REALLY hope that Book Three is in the making. I can’t wait to see where Rhiannon goes to next! 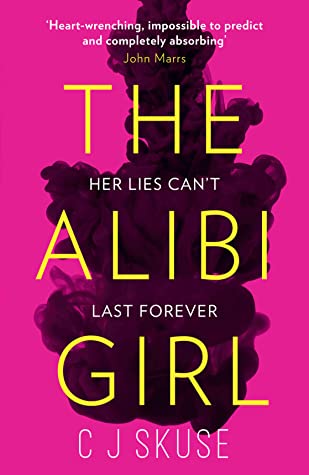 The final book that I’ve read by C. J. Skuse isn’t part of the same series but a stand alone novel with a different type of vibe. The Alibi Girl follows the “life” (if you can call it that) of “Joanne” (not that that’s her actual name) who has a lonely life in “her” flat (not actually hers) with “her” cats (not her cats)… can you see how this is going to go? The narrator is so unreliable but that’s what draws you in – you can’t wait to find out who Joanne really is and what the hell is going on. The plot was really intricate and there were so many twists and turns that I was kept on my toes throughout.

The dark humour is still peppered through the text but there’s something bleaker and more desperate about Joanne – Rhiannon may be a psycho-killer but you’d never see her cowering in the corner.

The Alibi Girl is, in some ways, harder to get into but it feels like it has far more scope than the Sweetpea books. The flashbacks to a previous life and the multiple points of view make it feel like a more complete novel, more emotionally charged and with greater depth.

If you don’t like gruesome depictions of killing, bad language or black comedy that’s right on the border of acceptability then these books definitely aren’t for you. If, however, you find yourself snorting at a dismembered penis in a Ford Transit being referred to as the “cock au van” then C. J. Skuse will be right up your street. Just don’t say I didn’t warn you!

Five “I f*cking love these books” out of five.

Funny, dark and oh-so engaging, C. J. Skuse is my new favourite author – even if I’m now concerned that I might not have fared much better on Buzzfeed’s “Am I A Psychopath?” test 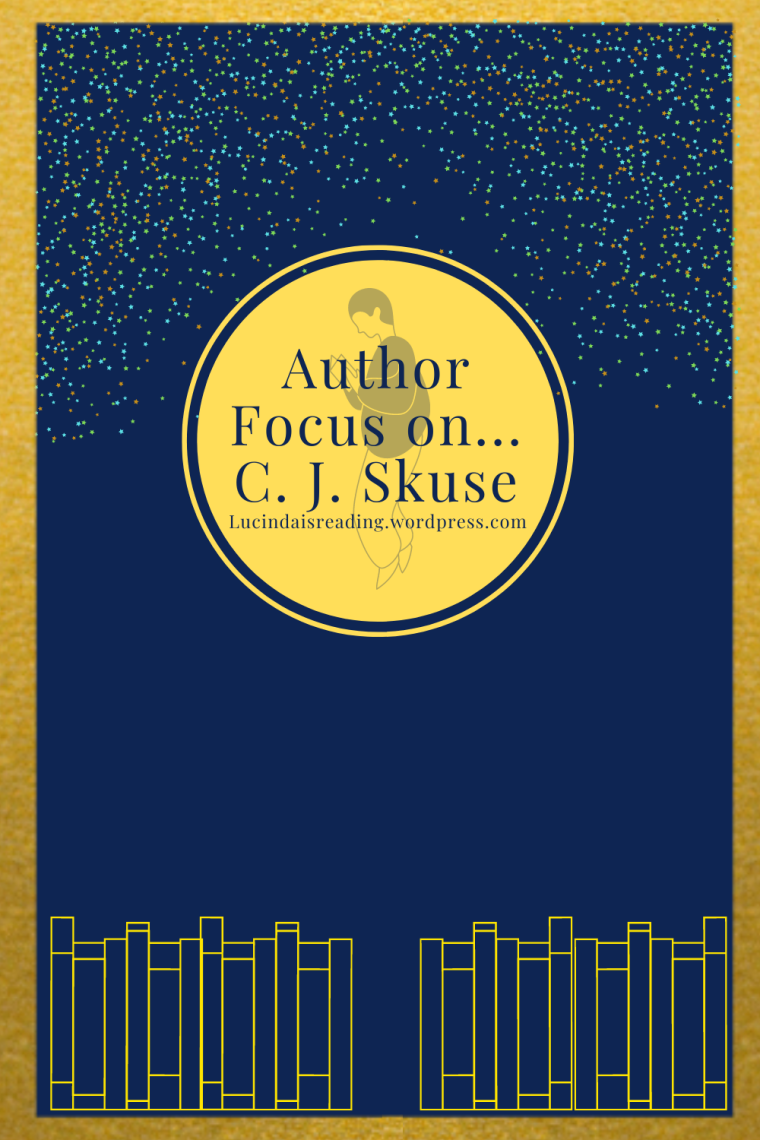